Currently, the technological world is all hyped up about Augmented and Virtual reality (AR/VR) technology. The media and especially the movie industry, has played a particularly active role in popularizing AR/VR technology. However, even market analysts agree that the hype around AR/VR technology is real and is about to grow exponentially in the coming years.

According to the most recent augmented and virtual reality market report from the International Data Corporation (IDC), global spending on AR/VR products and services is bound to hit $11.4 billion in 2017. The 2017 report projects that worldwide spending on AR/VR products and services will surpass $200 billion by the year 2021. The United States is the most dominant region in AR/VR spending with the IDC report projecting total expenditure of $3.2 billion in 2017.

The primary goal of virtual reality is to simulate a real-life environment or situation. The simulation is computer generated and is meant to immerse users into an artificial reality in the manner that makes them feel like they are getting a firsthand experience of the simulated environment.

Virtual reality allows users to experience the simulated environment through senses such as hearing, seeing, touching and potentially even smelling. This is made possible through the use of a coding language known as Virtual Reality Modeling Language (VRML). VRML does this by creating images as well as specifying the type of interactions possible within those simulated environments.

One of the main objectives of virtual reality is to create a virtual environment without the boundaries usually associated with television screens and computer screens. Users of VR, therefore, have to wear headsets which have inbuilt screens. The screen is mounted to the face so that everywhere the user looks, the screen follows. The video feed is sent from the computer (or console in the case of gamers) to the headset through a medium using an HDMI cable. VR headsets usually have two feeds which are either sent to a single LCD display or sent to two LCD displays (one for each eye). Because of the signature headsets, virtual reality is also known as Head Mounted Display (HMD).

Perhaps the most straightforward definition of augmented reality is that it is a combination of both the simulated environment and real life. Augmented reality technology achieves this through the layering of computer-generated enhancements generally in the form of digital information such as graphics, audio, and video on top of actual reality to enable the interaction of users with that environment. This, users can simultaneously interact with the artificial environment and the real world without getting detached. Additionally, it is easy to tell the two worlds apart.

AR is particularly prevalent in smartphone applications. The Smart phone’s camera identifies a marker which often appears as a black and white barcode image. The AR software in the phone then analyses the marker, creates a virtual image, superimposes this image on the screen of the mobile phone and ties the virtual image to the position of the camera. The app uses the camera to interpret angles and distances from the marker. Aside from handheld augmented reality displays such as smartphones and personal computers, there are also spatial displays which make use of fixed screens to display the augmented reality.

According to experts, the augmented reality market is significantly larger than the VR market and is also more common. Digi-Capital Market reports suggest that although current mobile AR revenues are below $5 billion, they could soar to over $60 billion by the year 2021. In addition to that, the report projects the Mobile AR’s installed base to grow to more than 3 billion by the year 2021.

AR and VR are similar in that they both serve the purpose of creating artificial digital worlds and allowing the user to interact with the artificial world.

Nonetheless, there is a difference in the purpose of the two in that AR seeks to create a partial artificial world in cooperation with the real environment, while VR seeks to create a complete virtual world without engaging or using real-life set-ups.

For the VR experience, users have to wear equipment such as headsets and headphones. When wearing this equipment, users have no idea of what is going on in the real environment.

AR is significantly more lightweight and in most cases, only requires one to own a smartphone (or any other device that has a camera) and have a strong internet connection. However, unlike virtual reality, augmented reality does not fully immerse the user into the artificial world and it is therefore quite easy for the user to switch between the real and the virtual.

The technology used in augmented reality and virtual reality both use the same technologies albeit in different ways and to achieve different results.

Augmented reality and virtual reality are both used in various applications; some of them quite similar to each other and others entirely different. For example, both AR and VR are ideal for entertainment applications such as video games and in 3D movies.

However, many agree that virtual reality is more suited for purely entertainment applications while AR is more suitable for commercial applications, particularly in mobile phone apps.

In addition to the entertainment industry, both augmented and virtual reality technologies are revolutionizing the field of science and technology as a whole. For example, in the field of medicine, artificial reality makes the possibility of remote surgeries even stronger. In addition to that, these technologies are currently used in the treatment of psychological disorders such as post-traumatic stress disorder.

How Augmented Reality and Virtual Reality Improve Life for the Disabled

There are various ways through which virtual reality can potentially help the disabled.

One of the most significant problems that many people with the disability the face is a lack of independence, mainly when handling day to day affairs. For example, some studies have explored the potential use of virtual reality in teaching people with autism-specific life skills necessary to lead more independent lives. In one such study, researchers used virtual reality training programs to teach autistic children how to cross roads safely. After a month-long exercise, researchers established that virtual reality training significantly improved the ability of the children to cross the road.

Even recently disabled people can use virtual reality training to learn how to navigate through traffic and other situations using a wheelchair.

Perhaps the most exciting application of virtual reality is in fighting stigma and reducing the general misunderstanding regarding what people with disabilities go through. Educators can use virtual reality to help people get an almost “firsthand” experience of what people with conditions such as autism, epilepsy and Alzheimer’s among others go through. One of the best examples of this application is a smartphone application dedicated to providing those without the disability, the feeling of living in an autistic home. Some virtual reality software also simulates life with schizophrenia.

Disability often makes it difficult for people to try out specific experiences. For example, it is difficult for a person in a wheelchair to climb to the top of Mount Everest or even engage in activities such as skydiving or skateboarding. With virtual reality, however, disabled people can experience all these activities and more. Indeed, many disabled individuals have expressed pleasure in experiencing activities such as virtual surfing or even visiting space virtually. Such experiences will improve the mental and physical health of the disabled individuals.

When visiting new places, it is often difficult for physically disabled people to plan on routes to use around a city. Virtual reality can help provide a simulated environment of the city and thus allow the disabled individual to have a feel of the city and get “accustomed” to the most accessible routes to use.

Virtual reality is also useful in helping people who have suffered from strokes or sports-related injuries and even vestibular system issues to improve their motor skills and help in muscle recovery. According to research even the act of imagining that one is performing an activity is enough to stimulate the relevant parts of the brain needed to perform the activity.

It is also possible to use virtual reality in combination with other technologies such as special gloves to provide richer gaming experiences for deaf people. This is made possible through the translation of sign language into audio or text within a game or within the virtual reality environment. Deaf people could, therefore, interact better with speaking characters and speaking people.

Some conditions such as Stargardt’s disease can lead to visual impairment in the form of reduced central detailed vision. However, research has established that it is possible to use VR to help people with such visual disabilities see images with greater clarity.

There are limitless possibilities in the role that augmented reality can play in improving the lives of disabled persons.

Shopping is an activity many like to engage in. Among the disabled, however, shopping is not always an activity they look forward to. This is because in many cases, disabled individuals are not factored in when it comes to designing the shopping experience. If this technology is widely adopted, not only will disabled people find that shopping is easier, but they will also enjoy it more because they can take part in it.

2. Helping those with Visual Impairments

Common augmented reality applications such as Simultaneous Localization and Mapping (SLAM), GPS systems and depth cameras can help those with visual impairments to recognize their environments with much more ease. In such cases, however, feedback from these systems is generally in audio or haptic (touch) form.

In addition to that, augmented reality is also potentially useful in improving the life quality of blind people. For example, blind people may use augmented reality apps embedded in their smartphones to navigate and identify objects and people in the environment. This may include providing feedback to the blind person regarding the location and identity of objects and people. Further, this would ensure that blind people no longer have to depend on sound and touch to get more information about the environment they are in.

Like virtual reality, augmented reality is also useful in helping people with disabilities learn essential life skills. People can learn social skills and even safety skills from augmented reality. Indeed, AR is now an accessible technology among teachers and students thanks to the fact that it allows for experiential learning.

Nonetheless, one thing is clear, the future is bright for augmented and virtual reality, and the disabled can benefit immensely from it. 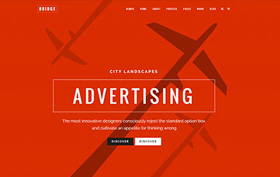